Belfast is quickly becoming one of Europe’s most visited cities with visitors flocking from all over the world to experience the attractions and sample the friendly atmosphere and experience the warn welcome of the locals of Northern Ireland. For many years Belfast has been in the news for all the wrong reasons, struggling to find peace and remaining divided by religious and political beliefs. Those days have now become a distant memory as Belfast now establishes itself as a must to city break.

Our Belfast adventures first started off with a trip to the Giant Causeway and Carrick a Rede Bridge.

On a chilly windy morning we drove towards to the Giant Causeway stopping on the way at the Dunluce Castle for a photo stop.

Dunluce Castle for a photo stop

The first view of Giant Causeway was spectacular. A beautiful stretch of coastline with perfectly formed hexagonal columns, all massed together at the water’s edge. Although personally I hate doing outdoor trips in winter but it was definitely worth coming to Northern Ireland just to visit Giant’s Causeway. It’s that impressive. Now geologically it is said that the Causeway was formed by volcanic activity 40 million years ago with basalt lava oozing through the chalk beds and then the subsequent cooling that formed these pillars. 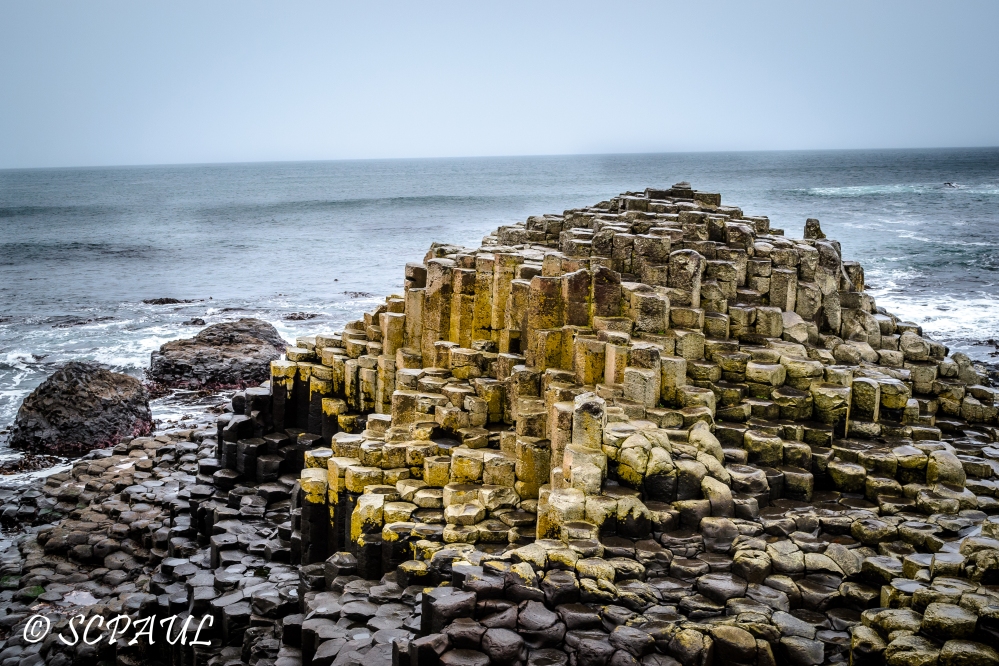 However the locals believe in a different fairy tale. The more interesting story is causeway was built by the Irish giant Finn McCool. When challenged by the Scottish giant Benandonner, Finn built the causeway as a bridge to join Ireland and Scotland. After Finn outwitted Benandonner, Benandonner fled back to Scotland, destroying the causeway so Finn could not follow. The Giant’s Causeway is a now a UNESCO World Heritage Site and a nature reserve. 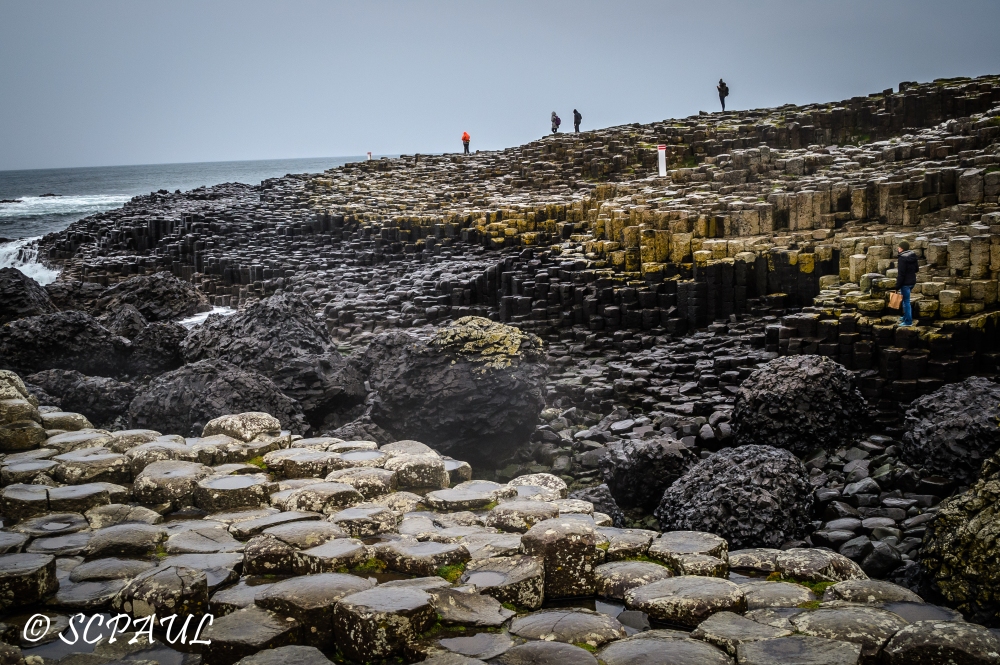 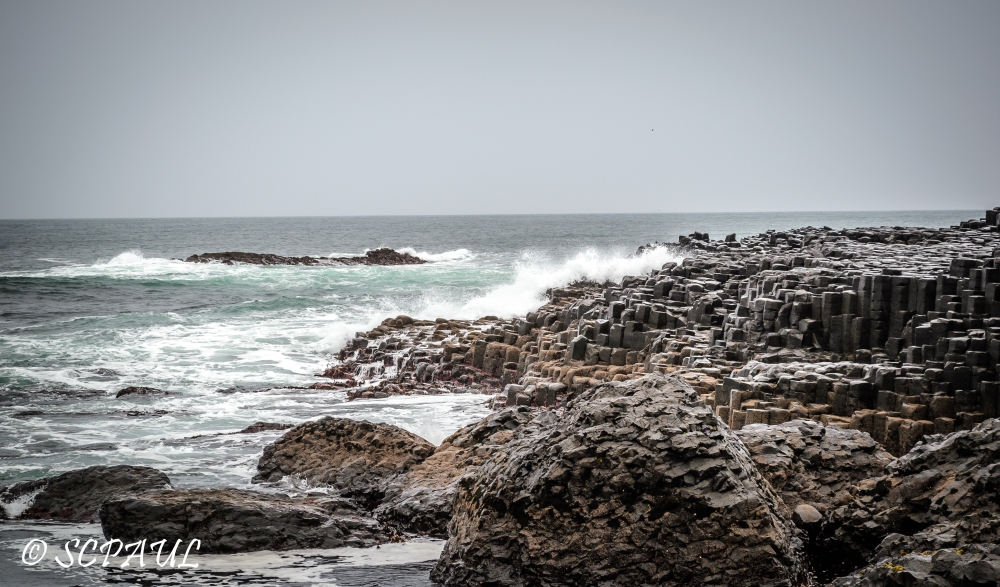 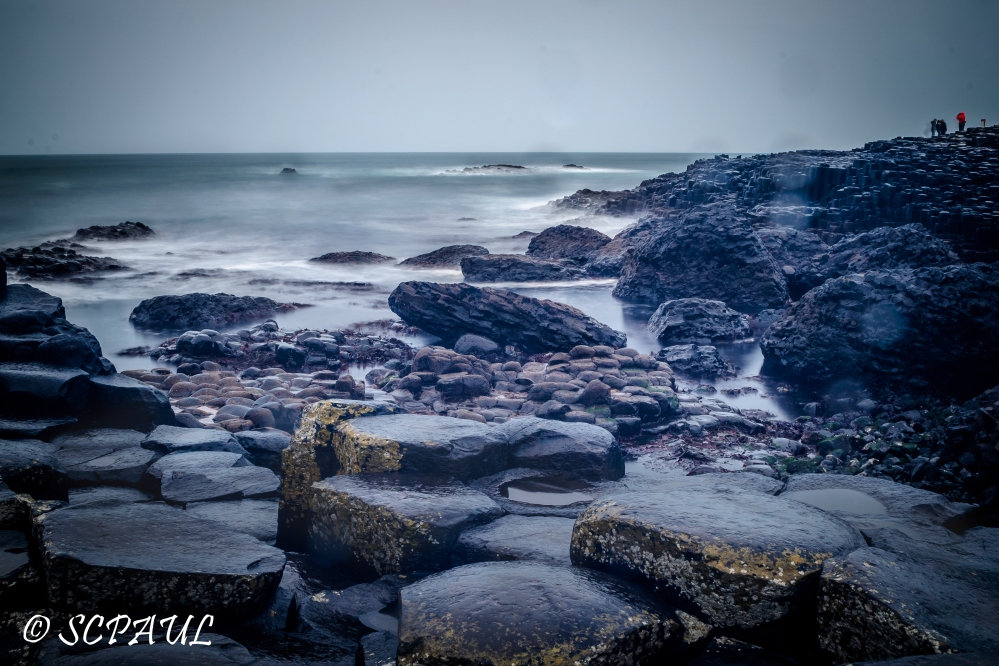 Next on our way to the Carrick a Rede bridge we made short lunch stop at the Bushmill’s Distillery (in all honesty it was just an opportunity to get warm:) ). The distillery claims to be oldest licensed version of its kind in the entire world and, accordingly, the centre draws in over 100 000 visitors every year. 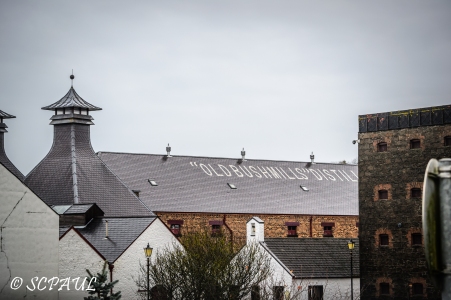 Our next stop was Carrick a Rede Bridge (for some funny reason my husband decided to call this ‘crick crick bridge’ 😛 😛 I know sooo childish…). A short coastal walk gets you to the bridge passing some gorgeous views and plant life on the way. On reaching the bridge we found a shaky undulating bridge of rope and wire binding planks connecting the Northern Ireland mainland to the island of Carrick-a-Rede. We found the bridge to be quite sturdy and its swaying to be gentle although many people with a fear of heights get spooked by it and can’t cross it. 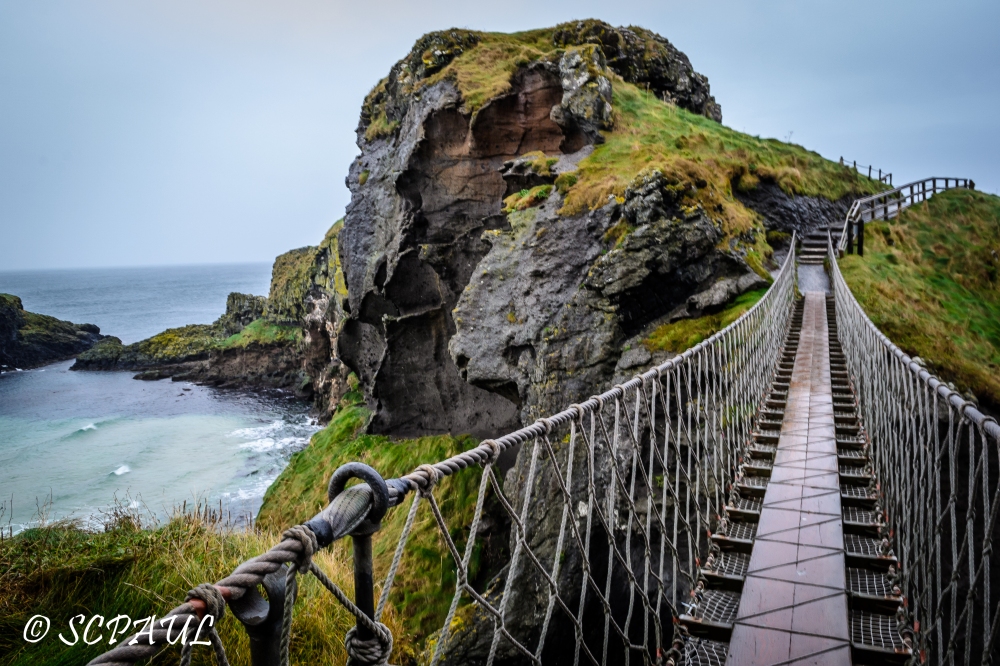 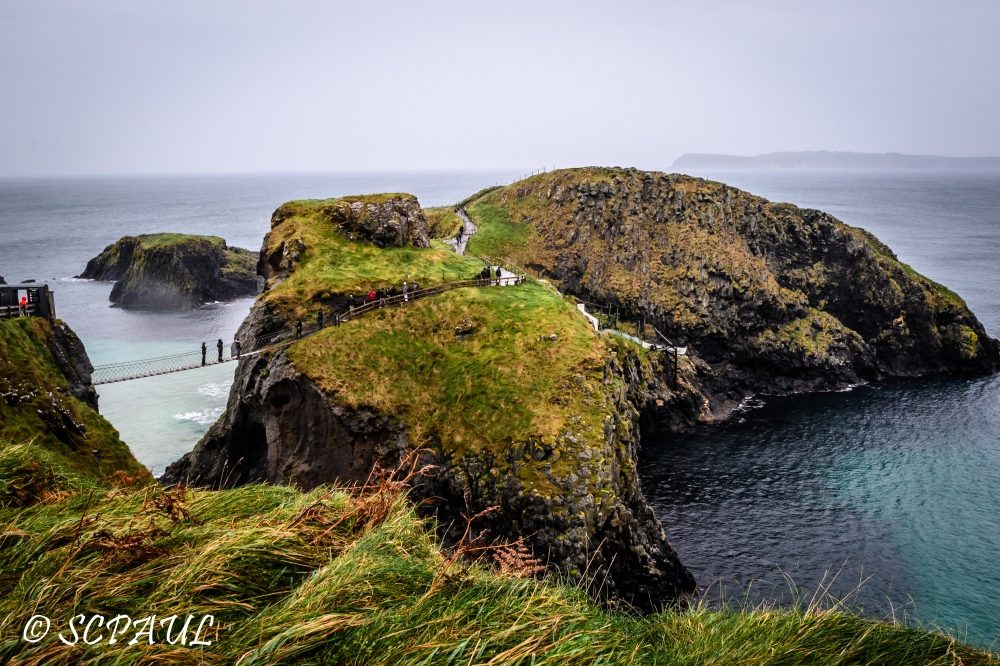 By the time we finished on the bridge it was almost dark and we decided to return to Belfast. The next day we decided to focus on the local attractions within Belfast.

The first place on our list was the Titanic Belfast. Completed in March 2012 the building’s design is inspired by the ship itself and the structure has made a big impression on the Belfast skyline. We had a great time exploring the rides, interactive displays and exhibitions within the centre but it did feel a little on the expensive side and we were disappointed by the lack of vestiges from the ship in display. One can easily spend 3 to 4 hours exploring the Titanic.

We then made our way to the Belfast City Hall. Completed in 1906 this Baroque Revival building sits in the heart of Belfast and is one of the city’s most important and impressive buildings. Since it was a Sunday we couldn’t go inside the hall. There are free public tours available on the weekdays.

Next we headed to the Albert Memorial Clock. Completed in 1869 as a memorial to Prince Albert the clock is one of Belfast’s most well know features. A mixture of French and Italian Gothic styles the tower stands at 113 ft. tall in Queens square. The tower is over towards the docks although well within walking distance of City Hall and is a quite magnificent sight.

There were a few more attractions which we skipped such as Peace Wall and the Crumlin Gaol Prison. In all honesty we thought it would be much better to just sit in one of the oldest bars and enjoy a beer the Crown (Belfast’s oldest pub) 🙂

All rejuvenated it was time to return from our little break. Although Belfast has often played second fiddle to its southern neighbour it’s diversity of attractions frequently confounds first-time visitors. It manifests a superb natural heritage and is definitely a getaway city for the weekend.