On a trip to Bournemouth last year we decided to take a detour and take a trip along the Jurassic coast – an UNESCO World Heritage site. The whole coastline is braced with fresh air, beauty and laced with a fascinating geology and history. From rolling downs, dizzying cliffs,  weird rock formations to blue seas, long stretches of beach and hidden coves, the Jurassic coast packs in a wonderful variety and plenty of wow-factor highlights. On a clear day the panoramas are spectacular and even in less temperate conditions there’s a rugged grandeur here.

Running from east Devon along the edge of Dorset, the 95-mile Jurassic Coast has its name because of the presence of extraordinary evidence of 185 million years of Earth’s history, with amazing fossil sites and geological features spanning from the Jurassic period. So you can enjoy glorious living scenery – adorned with wild flowers while also getting an awe-inspiring sense of the Earth’s past.

Our day trip started off with the ferry crossing to the Isle of Purbeck. We first went to a viewpoint where we got magnificent views of the Old Harry Rocks, the starting point of the Jurassic Coast. The next stop was the Durlston Country Park which is 280 acre country park offering stunning views, hay meadows, a great historic Great Globe and a wealth of bird and wildlife. The Globe (Stone sphere) is 10 feet in diameter and weighs 40 tons. It was built by John Mowlems Greenwich works and brought to Durlston in sections.

There are numerous walking trails to explore here which are clearly marked. We took the cliff top trail passing by a number of seabird colonies and navigating our way to some spectacular coastal viewpoints. Exploring the full park can take up a complete day and since we were a bit restrained for time so we made our way to the Corfe Castle.

Slowly driving west through some of the tiny lanes and villages we reached the Corfe Castle which is dominated by ruins. There is belief that Corfe may have been a Roman defensive site, but the castle we see the ruins of today was a rebuild in the 11th century of what was a wooden building/hall/castle back into the 9th century.

In the afternoon we headed towards the Lulworth Cove and Durdle door the two most spectacular formations of the Jurassic coast. Durdle door is a famous geological wonder with a massive rock arch set right on the Jurassic coast between Swanage and Weymouth. It is made of natural limestone and reaches out in the sea. The beach itself is tucked away making it perfect for people seeking quietness combined with scenic beauty. Since going down to the beach level involved going down quite a number of steps we didn’t bother and started trekking towards the Lulworth Cove. 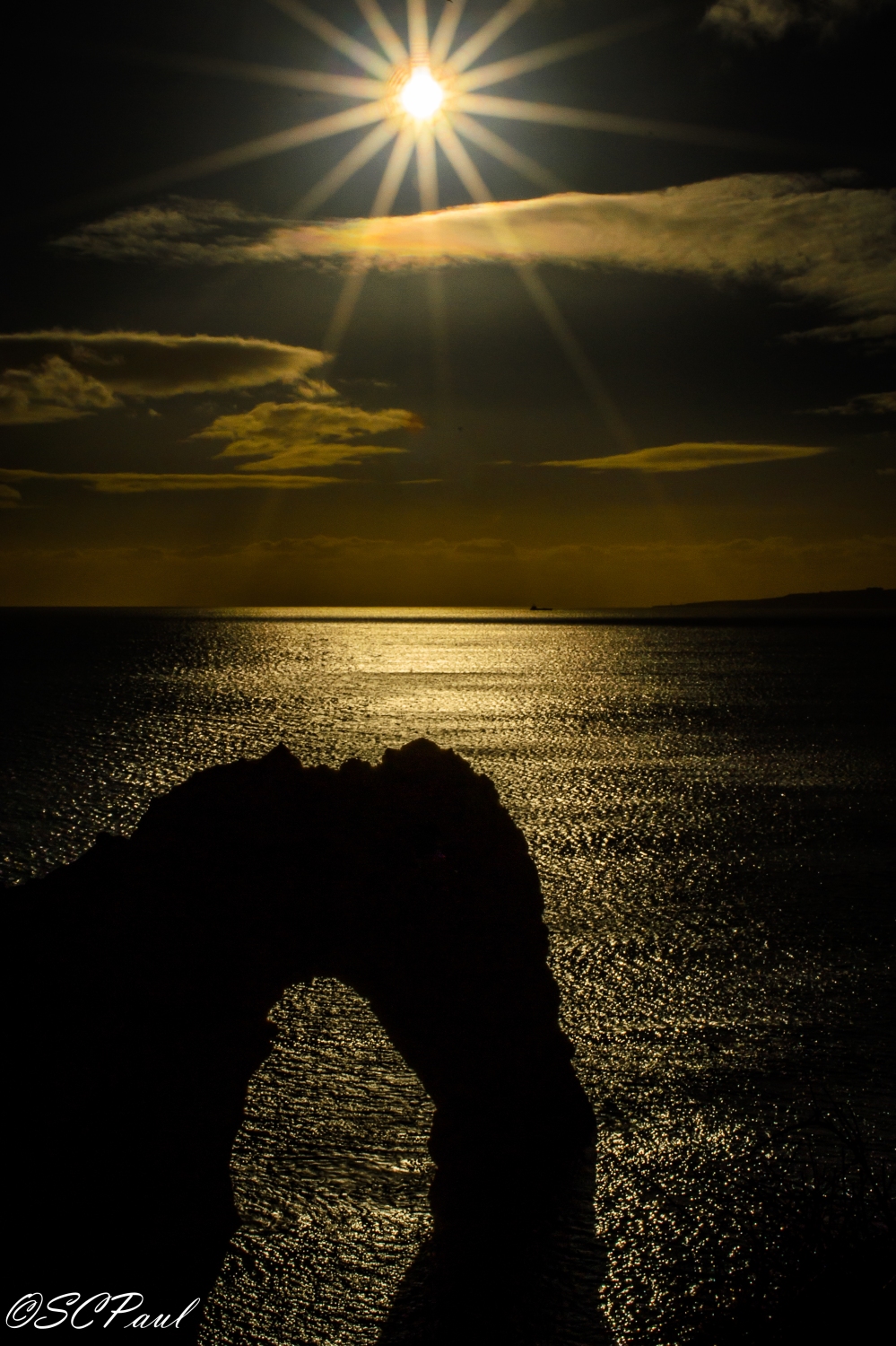 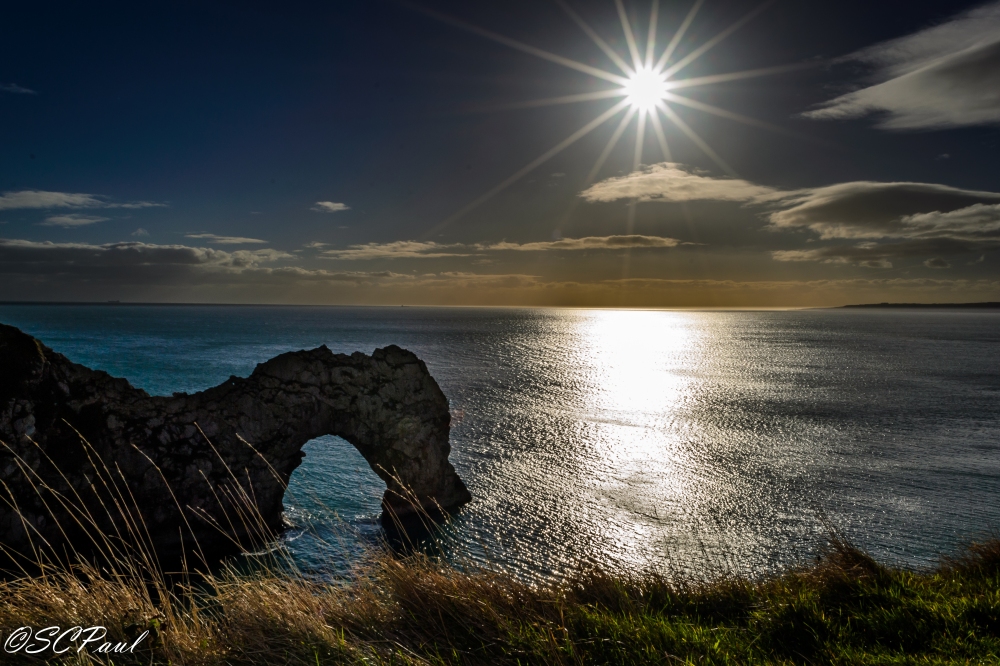 An interesting fact which we came to know Durdle door is privately owned by a family knows as Welds who own the Lulworth Estate consisting of 12000 acres of land in Dorset. Now that’s quite something to own!!!

Now the walk from the Durdle Door to the Lulworth Cove or vice versa is one of the most beautiful walks in England. If you have got a good pair of walking boots the path isn’t too strenuous and can be easily done in half an hour. While walking towards the Lulworth Cove it looks like a hidden gem from above, a picture perfect horse shoe shaped bay. From above it looks like someone’s taken a bite out of the coastline but when you get close up you can see the layers of rock, bent and twisted out of shape over millions of years. 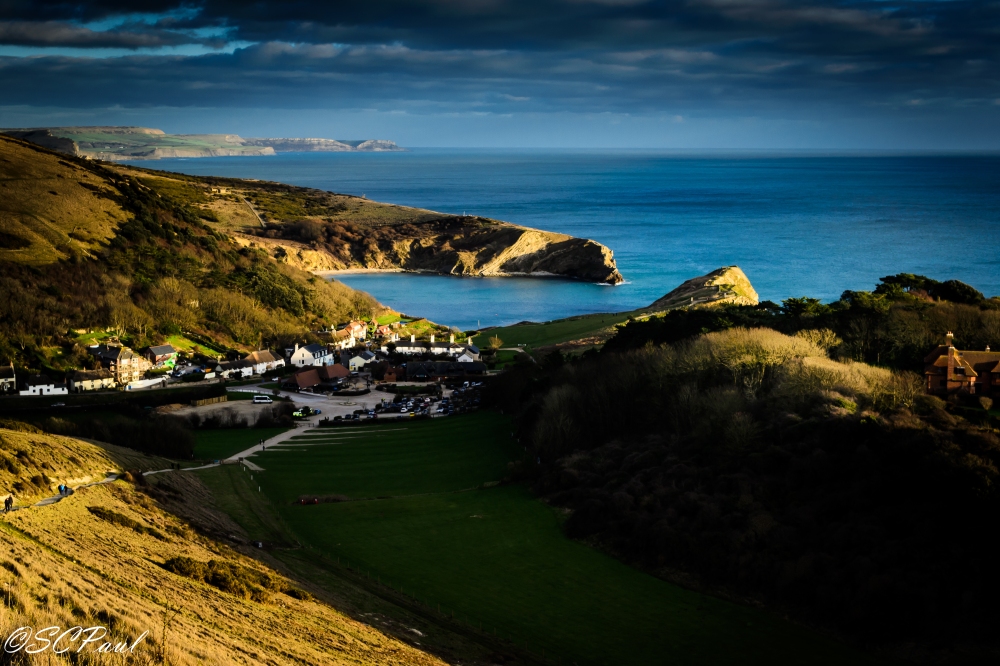 If you are visiting Bournemouth or Poole then a day trip to the Jurassic coast is must to get a glimpse of how this extraordinary landscape was formed over time.

How to get there

By Rail –There are three main railway lines that connect the Jurassic Coast area with London and the rest of the UK. The main one runs from Weymouth through Dorchester, Wareham, Poole and onwards up to London Waterloo.

By Road – It is best to visit the Jurassic coast by car then you can stop in various villages and on many spots by the coast. The A35 runs west from Poole through Dorchester, Bridport and Charmouth, where it connects with the A3052 which runs through East Devon to Exeter. Just west of Poole the A3 connects to the A3051 which runs through Wareham and gives access to the Isle of Purbeck.